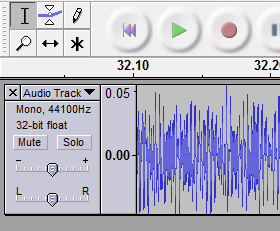 I for one am TRIPPING ALL THE BALLS

There’s a story I’ve tracking for a few days now, hoping and praying it would make it to the British press, and today, it finally has. I-Dosing is, supposedly, a way of inducing a mental high from listening to sound files, and my if it doesn’t have the tabloids up in arms – or at least The Sun and The Daily Mail.

They put on their headphones, drape a hood over their head and drift off into the world of ‘digital highs’.

Videos posted on YouTube show a young girl freaking out and leaping up in fear, a teenager shaking violently and a young boy in extreme distress.

This is the world of ‘i-Dosing’, the new craze sweeping the internet in which teenagers used so-called ‘digital drugs’ to change their brains in the same way as real-life narcotics.

Quick! Someone build a time machine and fly back to 1995! Film of the year right there. I mean, it’d be better than Hackers at any rate.

By some sort of chain of association, the papers have come to the conclusion that since iDosing is (or may be) sort of like a drug, it must be like a drug in every way, and therefore it falls under the purview of the War on Drugs, largely because the Oklahoma Bureau of Narcotics and Dangerous Drugs has declared that they could be dangerous maybe possibly perhaps. Except there’s nothing in the newsroom on their website warning against it, which seems odd for something so “dangerous”. In fact, the entire story is stolen wholesale from an Oklahoman TV station’s evening news broadcast, which performed the interview with spokesman Mark Woodward quoted by all the papers. The Daily Mail even nicks a line of editorialising from the bulletin – “another concern is that many of these I-dosing sites lure visitors to actual drug and drug paraphernalia sites” – and falsely attributes it to Mr. Woodward.

The rest of the story is tabloid scaremongering, with quotes from scientists pointing out that iDosing should do nothing beyond the placebo effect squashed into the bottom of the page. Particularly laughable is the idea that iDosing is a gateway drug – that the only difference between listening to “The Gates of Hell” and speedballing with a dirty needle is a matter of time. While perhaps, perhaps someone who looks up iDoses is more likely to be the sort of person who does drugs, that doesn’t mean listening to an iDose will have any causative effect on drug taking.

The idea that the iDose is harmful because it alters mood is rather stupid too. After all, no-one would argue that regular music is bad for doing all the things that iDosing is claimed to, even though its mood altering abilities are as well documented as those of any drug. The Youtube videos that they use to “demonstrate” the mood changing effects look less like people writhing in pain, and more like teenagers mucking about and being teenagers.

But enough of hypotheticals and logic! Let’s do… an experiment! Anecdata ahoy!

An experiment was carried out to ascertain the effects of iDosing on the subject. A small sample of iDose was downloaded from YouTube, and listened to through a pair of earphones. We’re using Gates of Hades and Hand of God – both namechecked by the Daily Mail – God’s Pain and Leviticus Green, largely because it is the most pretentious iDose ever. Write that down in your copy book now.

Gates of Hades sounds like a rejected Xiu Xiu track, or perhaps something written by World’s End Girlfriend on a bad day. After a while, the very abrupt panning did make me slightly dizzy, but to be honest, if that counts as a high then we might as well ban walking in circles.

God’s Pain consists of some apparently random strums of a badly tuned guitar, passed through a few filters (and a title even Fightstar would blush at), but by the standards of established bands like, say, The Hospitals, it’s kind of tame. I kind of like it, but I can’t say I feel high at all. Can’t hear any binaural beats in this one.

The last one, Leviticus Green, claims to be a painkiller and hallucinogen devised by a shading group in the MoD during the Gulf War blah blah vivid hallucinations of Aramaic texts blah blah listen to only in a dark room blah blah may cause brain damage. Curiously, I stopped listening before the end, despite the warnings and suffered neither tunnel vision, nor sudden brain damage. I also did not notice giant proclamations in flaming texts declaring menstruation and shellfish unclean, nor did it calm the headache caused by listening to buzzing noises for half an hour. Popping the file into Audacity reveals it apparently consists of just two sine waves at around 500 hz, set up to beat at around 100 hz, and another two at around 650 hz. I can’t see it being possible to encode an entire book of the Bible in a sine wave.

There was of course no blinding, controlling or randomisation involved in this experiment, largely because I can’t be bothered, and because I went into this experiment with a preconception that there will be no effect. So it’s not scientific at all. Just like the articles.

Edit: Exclarotive has a good post on this, and an even better pun that mine, goddamnit!

This entry was posted on Tuesday, 20th July 2010, 21:44 GMT+0100 and is filed under Drugs, If you tolerate this then your children will be next, Technology. You can follow any responses to this entry through RSS 2.0. You can leave a response, or trackback from your own site.