Archive for category History of science

First post, or; how I learned to stop worrying and write a useless blog instead 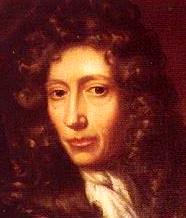 I’ve been a newspaper reader for donkey’s years. And it seems every day, some piece of science coverage finds a new and interesting way to annoy me. Rather than fume inwardly about it (can inward fuming cause cancer? Better check The Daily Mail Oncological Ontology Project) any longer, I’m going to write about it! Now let’s see how long I can keep this going for before I go mad/get bored/die.

So let’s kick things off with a little history of science reporting.

The private notes of Robert Boyle – he of Boyle’s law and The Sceptical Chymist – have recently gone on display at the Royal Society, as part of their 350th anniversary celebrations. These particular notes detail Boyle’s visions for the future of science and they do in fact make for quite interesting reading. You can see the full list on The Telegraph‘s site.

This, you might say, is not a story. I could write a list of things I want science to look into, and as long as I make it vague enough, progress will probably have been made in most of those fields in 350 years time. This is Nostradamus stuff – when Boyle writes “a perpetuall light“, perhaps he’s predicting electric lighting. Or perhaps he’s predicting a light that doesn’t require energy (bear in mind this was all written pre-thermodynamics). Whether or not he predicted the future becomes a matter of interpretation; and if you say he did, do the countless others down the ages who predicted flight or long life count as visionaries?

But enough philosophy, let’s have something harder – media studies.*